According to the Euromonitor, Germany is the largest purchaser consumer of clothes and footwear, while having thousands of fashion businesses and fashion schools. Berlin is a perennial host to five important trade fairs, including the Mercedes-Benz Fashion Week. Yet it’s a paradox that Germany does not have a significant influence in international fashion in the same level as New York,NY; Paris, France; London, England and Milan, Italy.

The cities of Berlin, Cologne, Hamburg and Munich are finding it hard to achieve the same stature.

In a report published by Berlin Partner for Business and Technology, Berlin houses 3,670 fashion companies, Munich has 2,670; Hamburg, 2,220; and Cologne with 1,910. Just to cite some examples the luxury brands Adidas, Puma, Hugo Boss, Karl Lagerfeld, Jil Sander and Escada are all Germany home-grown labels.

Karl Lagerfeld prefers to recognize himself as European with his brand becoming closely associated with Chanel. Escada on the other hand, hold shows at different locations from all over the world, and Hugo Boss at the New York Fashion Week.

Nowadays, fashion photographers and creative directors are leaving the country in order to achieve international success. Most likely going to countries with a more refreshing environment such as New York, London, or Paris, following Karl Lagerfeld, Jürgen Teller, and Tomas Maier as their examples.

Fashion experts believe that German brands do not include and rarely promote their culture in their fashion. It is possible that their taste for simplicity and minimalism is also a part of why they have little influence in fashion worldwide. The country’s largest clothing brands usually conform their styles to the taste of their mature population by delivering basics.
Their fashion industry might not be as successful as others in a global span, Germany still houses a lot of the biggest fashion businesses that are unknown internationally.

In terms of performance and market, Gerry WEber is leading and is ranked in the top 100 largest fashion firms based on sales globally. Moreover, Bavarian brands based in Braunschweig, Oliver and NewYorker, has post annual sales that surpasses a billion euros. A billion euros that is produced by means of healthy domestic sales, as they don’t even have a bearing in the UK or in New York.

Bavaria, Home to the Castle of Paradox

Bavaria is itself home to the “castle of paradox”, the Neuschwanstein im Allgäu because its towers, spikes, columns and bridges are only aesthetic additions and not as part of tactical defenses. Built by King Ludwig II who was more inclined to support the arts and music rather than be in the midst of political conflicts during Austro-Prussian War.
In fact, part of the Neuschwanstein Castle’s building plan included a large theater for opera composer Robert Wagner, as King Ludwig II’s tribute to the famous German musician.
Young and handsome, he wore his fashionable mantles but only for his portraits since he avoided attending galas and other formal functions. Sadly, the Bavarian King was declared as insane and was arrested for driving the kingdom of Bavaria to near bankruptcy. On the same day he was arrested, King Ludwig II mysteriously committed suicide by drowning himself in a nearby lake.

Every woman likes buying clothes for herself, whether or not not every woman likes shopping. I like putting on something new and feeling great in it. Usually, I buy clothes near home. But sometimes ordering online and even from another country may be a better way of getting what you would like. There are sometimes problems, like being unable to undertake things or it’s difficult to return things that don’t fit. You furthermore might sometimes pay duty. Or you have to carefully track your order so it won’t get lost in transit. Good thing there are deutsche post sendungsverfolgung (which means deutsche post shipment tracking) systems that can tell you where exactly your order is in any part of the world.

There are advantages to buying clothes from abroad, too. It will be cheaper, even with import costs; you’ll find more and different sizes, and you’ll be able to acquire garments and shoes nobody else has. Let’s get deeper into it.

Buying clothes online from other countries is often less expensive than buying reception. This works well for sure designers whose products get imported into the country anyway. It may be cheaper to import one item yourself than to pay the costs that stores within the US charge on their imported stock. Once you buy from countries like China, you’ll get extremely cheap clothes. Although you ought to use caution of the standard in addition because of the product’s origins. Certain products also can be cheaper if they’re more in demand in another country.

One amazing advantage of shopping for from other countries is bagging that piece of clothing that nobody else has. If you can’t find it within the shops’ reception, it’s bound to get any attention. When someone asks where you bought something, and you say “Italy,” it causes you to sound wonderfully well-traveled. Whether or not you only bought it online. If you get into the habit of shopping online and buy dresses online in Australia, you’ll have beautiful dresses that you simply surely won’t spot anyone else wearing. Everyone loves having a bit of clothing that’s a true point and brings you a touch of positive attention.

When you buy from other countries you would possibly discover that their clothes or shoe sizes fit your needs better than American ones. For both clothes and shoes, countries have different sizing systems. Although they have a tendency to remain consistent across continents. As an example, UK clothes sizes are two sizes above American ones. So a UK size 10 would be a US size 6. By ordering from abroad, people find their ideal size. Some countries have half sizes in shoes when others don’t, so finding an ideal half size is a dream come true. You would possibly even be ready to find sizes that are difficult to search out or too expensive within the States. As an example, bras with small backs and huge cups are easier to seek out within the UK.

When you order online from abroad, confirm you’re taking the delivery costs under consideration. You ought to also check the principles about importing things through the post, and see if you’ll pay anything when your new clothes arrive.

The emergence of technology has profoundly altered family life across centuries. Families seldom spend time together because everyone is so preoccupied with job, school, and extracurricular activities. Even when they are all at home together, it appears that parents and children are emailing and messaging each other more than they are talking to each other! There is more connection, but there is a lot less discussion and a lot more texting or inversegamer gaming. Children require greater face-to-face connection with their parents. Let’s have a look at some of the negative effects of technology:

Whether it’s breakfast in the morning or supper time, everyone is focusing half of their attention on their own devices. This has a significant impact on the professional performance of youngsters raised in such a mechanical setting.

To preserve a healthy connection among relatives, it is vital to engage with each other at the end of the day when parents and children get home from their hectic schedules.

People of any age are suffering from significant health problems as a result of their sedentary lifestyles. Junk food is only a phone call away, so cooking has now become a rarity. Children nowadays are so engrossed in electronics and computer games that they seldom go outside to play.

3) Behaving inappropriately: Parents sit at home, glued to their computers, advising their children to go outside and play. It is critical to teach children by providing a positive example. Children will not follow their parents if they do not practice what they teach.

There is a dispute about online habits, with some claiming that some sites encourage spying on others, which frequently leads to divorce.Some people have also been dismissed or placed under stress since they utilized forbidden websites at work, which harmed their career and reputation. 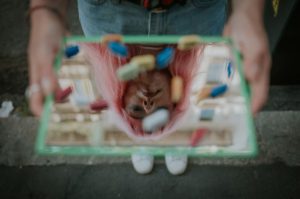 Addiction whether drug abuse or being alcoholic is never easy to overcome. No matter how many times you scold an addict to stop and avoid these substances, if he or she is already an addict, that person needs a professional help from Detox Centers Phoenix AZ.

Such problem could be one of the hardest trials a family can encounter. Seeing a loved one suffering from any kind of addiction is quite a challenge. Stopping your loved one who became an addict, without a medical help, could not only be hopeless but definitely dangerous. It is undeniable that several studies and proofs have been already presented that substances have effects on how a person thinks especially if that person is used to taking a particular drug in an abusive manner.

So how can a family help a loved one who is battling addiction?