In June 2015, the MOM 1012 class took a somewhat unusual topic in the Brand Development and Leadership module: cars and fashion.

At first glance, these two fields appear to be at opposite ends of the marketing spectrum. After all, automobiles belong to technical means of transport and fashion to imaginative clothing. In fact, these two partners have been positively influencing each other for many decades.

What can cars and fashion have in common?

“What can cars and fashion have in common?” – we asked ourselves that during a lecture. Well, first of all, there is “car culture”, a phenomenon which, if you put it very briefly, describes the cultural impact of the automobile on society as cars became available to the masses. This has been immortalized in film, television, advertising, music, and literature. In the 1960s, the “Original Car Shoe” was designed, the brand slip-on shoe that now belongs to Prada. It was marketed in Italy at the same time as the automobile (and racing car) and was intended to give the foot a better grip on the pedals. Expressions like the “glove box” come from a time when motorists actually needed gloves, which they wore with an extra warm jacket known in English-speaking countries as a “car coat”.

Read also: Things about Fashion and Relationship that We Learn From Netflix

In the film, you could see the perfectly styled actresses, who sat behind the wheel of a convertible in a chic headscarf. Then in the ’60s, as the Mini became a cult car in England, it also became synonymous with The Swinging Sixties and Twiggy, The Beatles, as well as the revolutionary British fashions of the time, such as the mini skirt.

In search of the current relationship between cars and fashion, MOM 1012 went to the well-known BMW Museum to take a closer look at the brands during a guided tour.

The class learned that car manufacturers like to be associated with the fashion world. Everyone knows the fashion weeks sponsored by Mercedes Benz. And that’s on purpose. Marketing strategists believe that where there is a fashion scene, cars should be present. Why not? As decades passed, cars had always been associated with the rich and famous, to the world of people who have high regard for fashion.

BMW is also trying its hand at fashion and sponsors the Indian Bridal Fashion Week, for example. India? – Well, that’s because the auto markets in the US and Europe are almost completely saturated, while they’re growing steadily in emerging markets like China and India.

Previously, in 2014, BMW has provided the 7 Series for the use of VIP guests at the glamorous fashion exhibition. This is so that the glamorous image of BMW would continue to be remembered in Europe.

From the time BMW managed the MINI brand, various models have been revised by well-known personalities of the fashion world and can be seen in the museum. Including a colorful striped version by Paul Smith and a purple floral creation by Franca Sozzani. Incidentally, Sozzani is the founder of the Milan concept store 10 Corso Como and the sister of the editor of Italian Vogue.

Other examples of fashion-oriented cars are the Fiat 500 and the Chanel Fiole. The concept had been done by Gucci and through the creativity of Zalando. Of course, you can also find numerous similar fashionable cars on the Internet or at motor shows and car showrooms. Lexus Scottsdale car dealers for more fashionable cars in today’s generation.

Your new home has to be the perfect abode to raise a family. So you want everything to be perfect, from the roof down to the flooring. In this post, let’s talk about composite flooring. Is it the best option for your home?

Composite flooring is a material composed of a variety of materials, such as plastic and rubber, bound together. Today, you can find a wide range of flooring options, including vinyl, linoleum, and even ceramic tile, but composite flooring is still one of the most common choices. In homes and commercial spaces, composite flooring is often used as a replacement for traditional carpeting. This is because it’s much easier to clean than a carpeted floor, and it also provides a smoother surface that reduces the chances of accidental injury. If you are looking for composite mats for your industrial project needs, Spartan Composites (spartancomposites.com) offers the perfect solution.

Three Great Choices of Composite Flooring for your Home

How To Install Composite Deck Tiles

Regardless of your flooring needs, there’s always something special that you can choose for your home.

Read also: The Impacts of Technology on Family Relationship 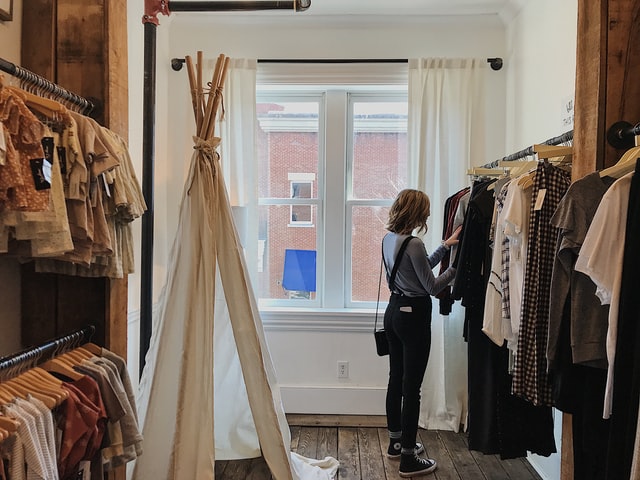 At the back of every closet, there’s something precious: the garment your grandma made for you when you were just a kid or the one you wore on your wedding day. It might be a piece that puts you on TV or that symbolizes your passion for a sport. Whatever it is, Netflix’s new docuseries Worn Stories chronicles these personal stories and what clothing means to human lives.

Things about Fashion and Relationship that We Learn From Netflix

Body positivity=our belief that your body is beautiful and perfect just the way it is. But what happens when you actually go for a stroll in the buff? Worn Stories explores a nudist colony in America and how liberating it is to simply walk around undressed.

When someone you know dies, you often remember them by the clothes you wore in the wake of your loving grandmother. A painted t-shirt commemorates the murder of a son and a necktie that survived while the house becomes a victim of the hurricane. Often the loss of our beloved may be remembered through the clothing items gifted or worn by the departed or during one’s great loss. The clothes are the symbol of loss and are often associated with a new dawn.

Clothing‌ ‌not‌ ‌only‌ ‌expresses‌ ‌your‌ ‌style,‌ ‌but‌ ‌it‌ “also” helps you form a new identity as well as becomes a mode for people to judge or accept you in society. Clothing can also be a way for LGBTQ communities to convey their opinions. This simply means that clothing is such a powerful tool.