During the 80s and up to the 90s, life in Indonesia was in some kind of turmoil as the long-running government of President Suharto imposed the New Order. 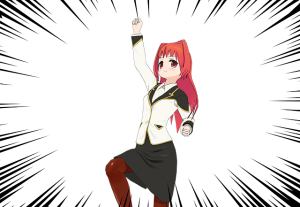 The purpose of which was to rebuild the country’s economy and to stabilize security by imposing bans on political organizations and censorship of media and literature. However, Suharto’s administration failed as he was forced to resign amidst the increasing tension and radical changes taking place in Indonesia’s political landscape.
Fortunately for young Indonesians at that time, they were able to turn to Japanese manga and anime as entertainment. As it was, the government was quick to shut down TV shows and seize literary works deemed as instigating the use of violence against the new government and its military.

Japanese Manga and Anime Have Become Part of Indonesian Culture

Up to today, survey researches continue to show that a large number, nearly half of Indonesia’s emerging teenagers, continue to love Japan’s comic book and cartoon culture. Apparently, the 80s New Order did not find anything wrong with the stories and characters of the popular manga and anime like Doraemon, Astro Boy, Sailor Moon, Hello Kitty, One Piece and the most popular of all, Pokemon, as they remained all-time favorites through the years. Most of the Japanese anime shows that became popular internatiionally promoted diplomacy as a way of solving problems and conflicts, That being the case, Doraemon was designated as anime ambassador in 2008 by then Japanese Foreign Minister Masahiko Koumura.

The Positive Impact of Doraemon and Other Popular 80s-90s Animes

During the 80s and 90s era, the growing phenomena of Japanese pop culture began spreading rapidly not only in Indonesia and other Asian countries but also in the West. Prior to K Pop, there was J Pop culture, which was predominantly the fascination for manga, anime, and cosplay. Images of popular Japanese anime characters like Hello Kitty, Doraemon, Astro Boy, Sailor Moon, Dragon Ball Z and Pokemon, just to mention few, found their way in many major Asian markets. They can be seen in the form of action toys, mugs, textiles, garments, shoes, school and office accessories and movies and the likes
Designated anime ambassador Doraemon the mascot, promoted and traveled in different countries to let the whole world know of Japan’s positive and creative sides. Doraemon was most particular about promoting environmental awarenes and about using diplomacy. As a matter of fact, Doraemon’s plan for spreading Japan’s pop culture was tagged as the “Cool
Japan” program in the government’s Diplomatic Bluebook of 2004.
Needless to say, the impact of the Japanese manga and anime on young Indonesians was generally positive. It also paved the way for a successful Japan-Indo trading relationship. It also made Japan a major provider of financial aid for Indonesia’s development programs. While Indonesia is a major supplier of liquefied gas to Japan, the latter is the largest exporter of products in Indonesia. A large portion of which are the nonton anime id channels and platforms that stream or offer for download anime series to Indonesians.